About a month ago, on a whim, I posted the #CraftyDataViz contest, hoping for some beautiful and wacky homemade visualizations, and you all sure came through! The entries were gorgeous and the judging was super difficult!

First, I’d like to thank our awesome judges, who went through 2 difficult rounds of judging and discussion to help select the winners!

“Judging this was so difficult.  I was blown away by the creativity.“ – Karen Lopez

“Judging this was so difficult.  I was blown away by the creativity.“ – Karen Lopez

“Every single entry was compelling.” – Natasha

As described in the original post, we had 3 categories to be won, which can be summarized as follows:

There was no category where there was a clear winning crafty data visualization. Everyone who entered put their heart into it and had some creative, beautiful, fun, and informative handmade art! Without further ado, here are the top selections:

In the Most Beautiful category, the 5 judges initially selected 5 different winners! Eventually, they came to agreement on Patti Shih’s submission, comparing normal brain connectivity to connectivity “while tripping on magic mushrooms”: 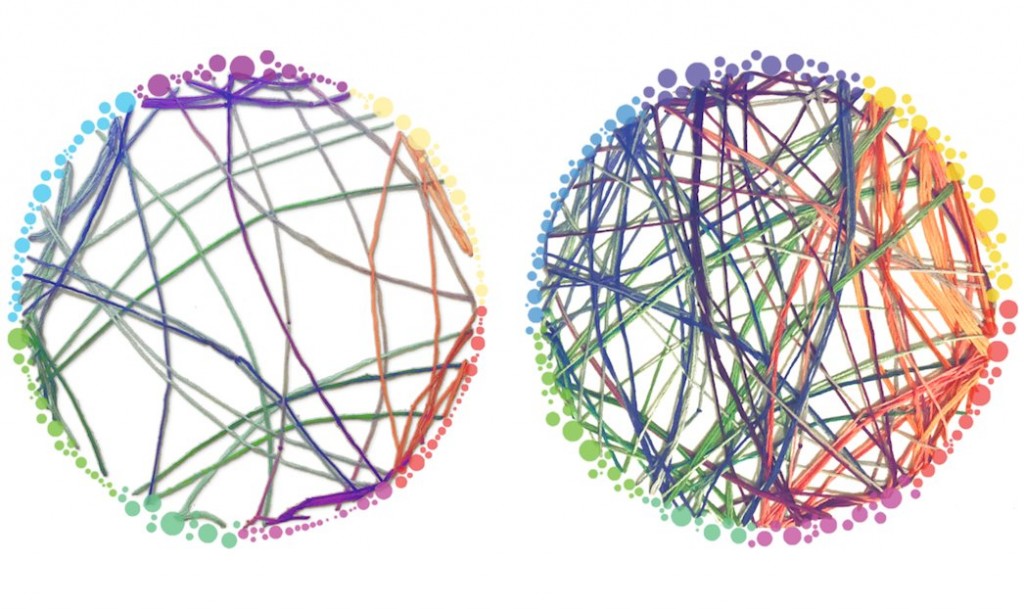 “Patti was able to almost perfectly recreate the original dataviz using something as cozy as string. The choice of colors manages to make it even more visually appealing than the original.” – Emil Hvitfeldt “Circos diagrams, although hard to gain insight from, are pretty. By sculpturing layers with string, Patti enhanced both their beauty and their informational value.” – Helena Jambor

The runner up in the Most Beautiful category was a twisted-metal tree representing a dendrogram of the students that Alli Torban’s (Host of Data Viz Today Podcast) mother taught throughout her career. 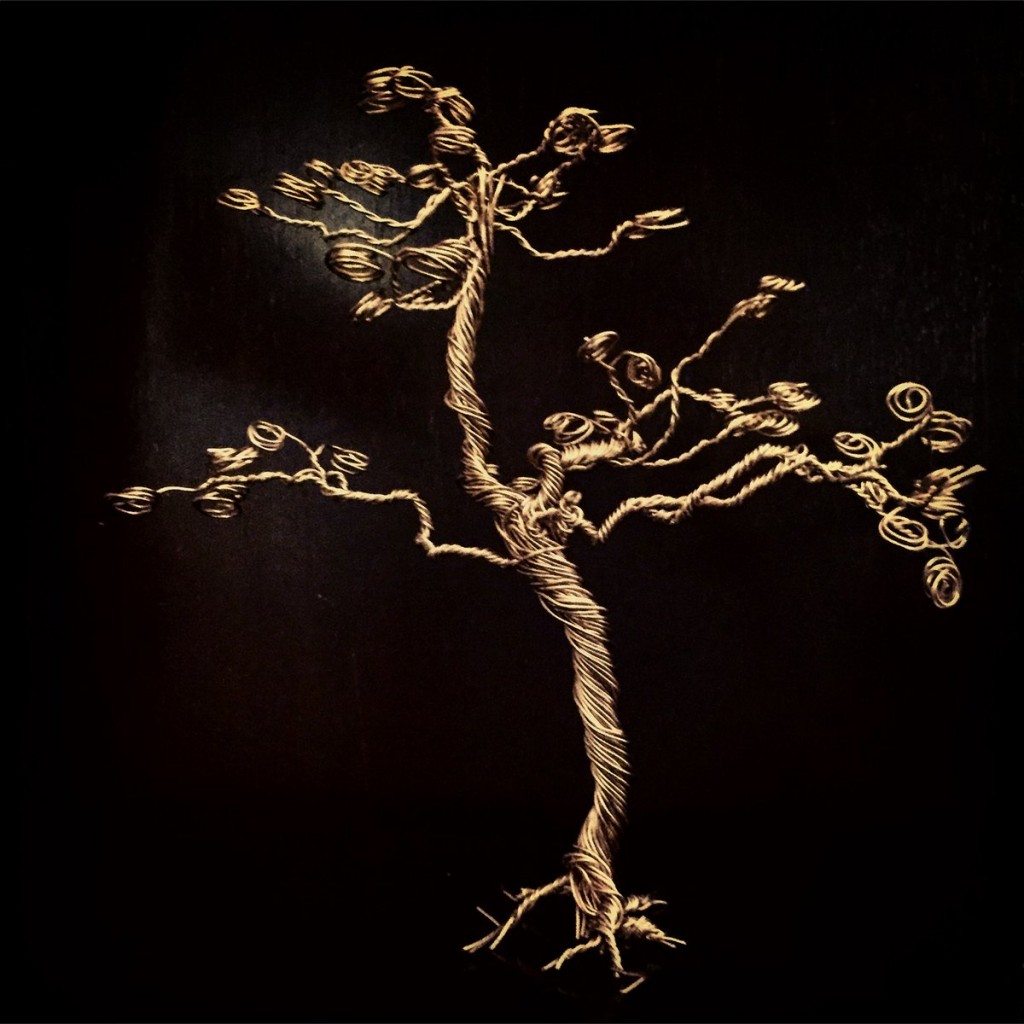 “The tree is very very beautifully done and photographed – serves both as reminder that tree-diagrams can be shown in 3D and is in itself almost a sculpture! “ – Helena

In this category, Amy Cesal’s two entries dominated; both of her Play-Doh-based visualizations won the most votes in the original round. They were also strong contenders in the Most Beautiful category. In the end, the judges selected the “joy plot” (aka ridgeline plot) of the Perceptions of Probability for its effectiveness in conveying the meaning of the original data visualization. 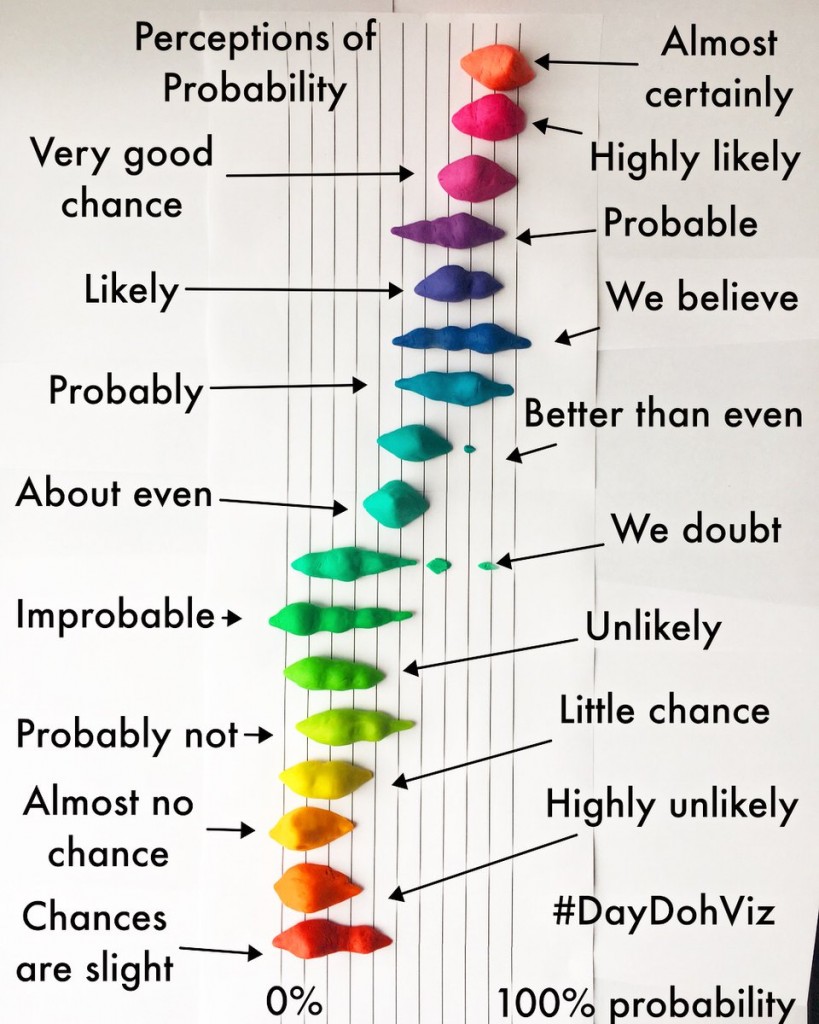 Amy Cesal’s 2nd entry on birth time patterns was the other top choice in the Most Informational category. 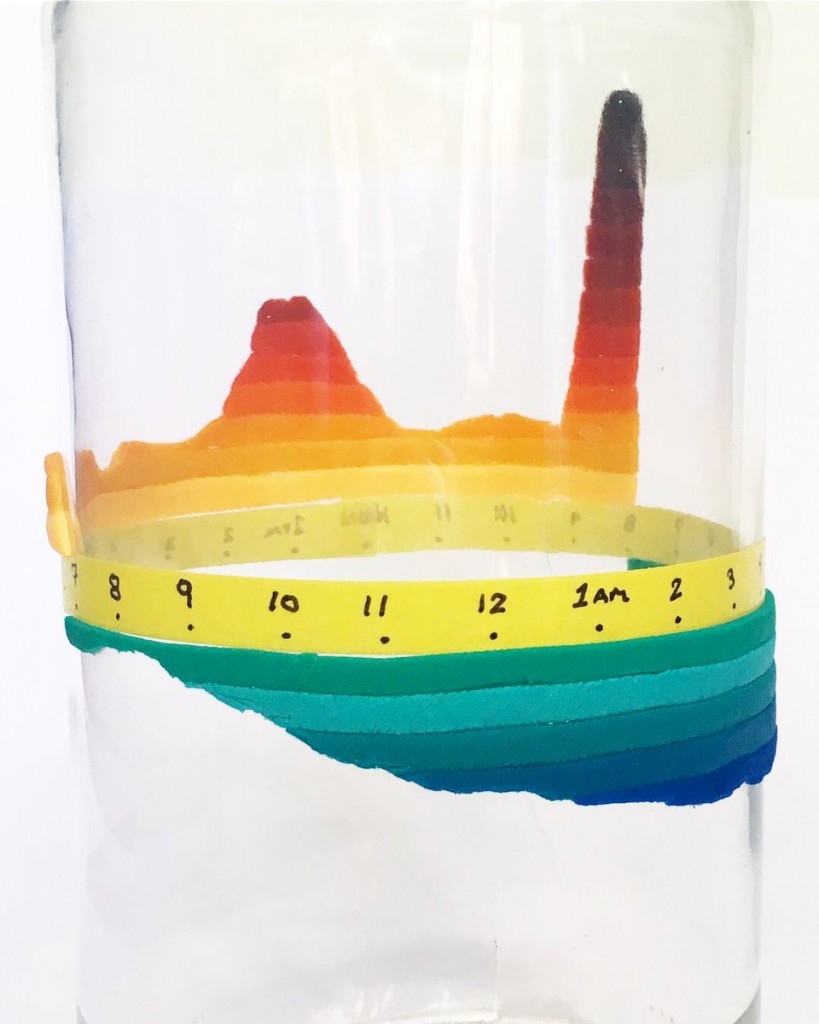 “A creative use of Play-doh on top of a 3-D object makes me a big fan of Amy Cesal. I never thought that Nadieh Bremer’s wonderfully informative work could be improved upon but this is one beautiful exception!” – Sean Law “I loved that this crafty version made the original data viz more understandable due to adding another dimension. “ – Karen Lopez

This subjective category also had multiple top picks in the first round of judging. After much deliberation, the judges chose Jon Schwabish’s daughter’s entry depicting her Halloween candy haul! Definitely fun, especially the mysterious “MEGA” category! 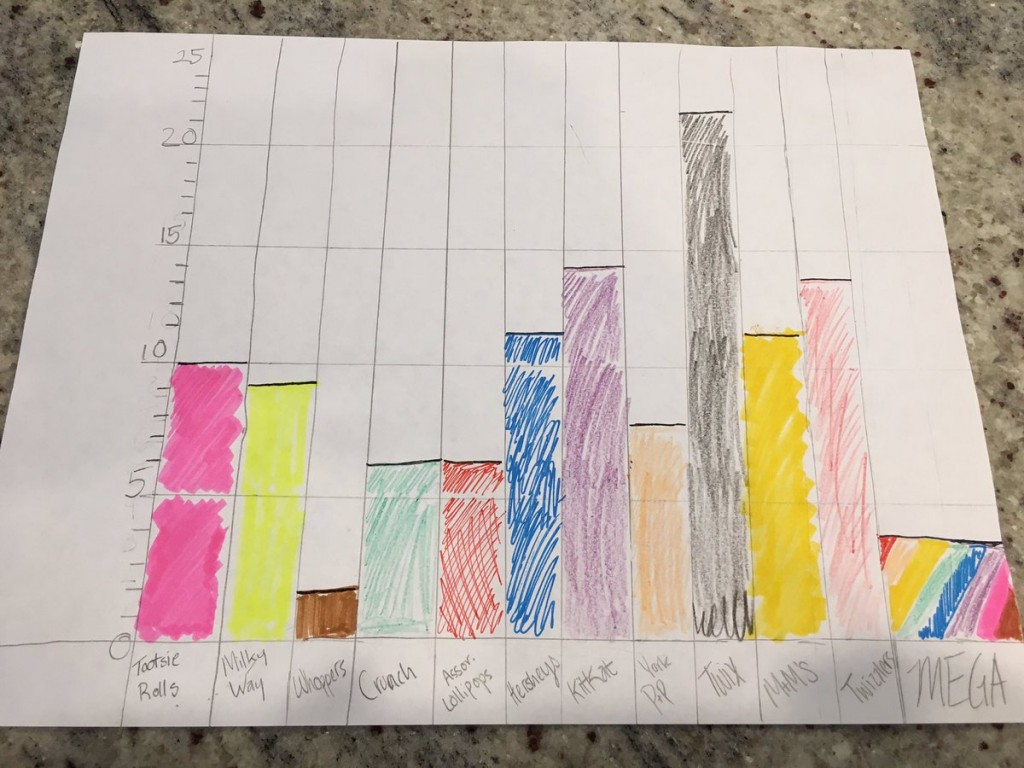 And to add to the fun, Hadrien Lacroix reverse-engineered a digital version!

“The joy and childlike wonder displayed in this dataviz brightened my day, which makes this project my choice of “Most Fun”!” – Emil “The author’s clear zest for each individual data point (ie piece of candy) really shone through!” -Natasha

The judges also thought that Awais Athar and Alli Torban‘s entries were especially fun and interesting! 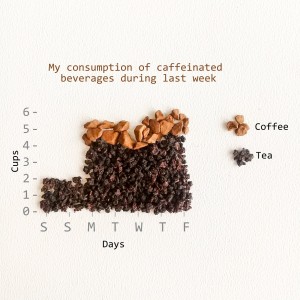 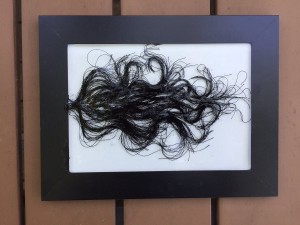 The 3 category winners will get their choice of item from the Becoming a Data Scientist store. Congratulations! And thank you to every person who entered the #CraftyDataViz contest – there were many more awesome entries than we could depict here. This was truly amazing, and I can’t wait to do it again next year! Check out all of the impressive entries in this Twitter Moment!